Item was added to the cart successfully! 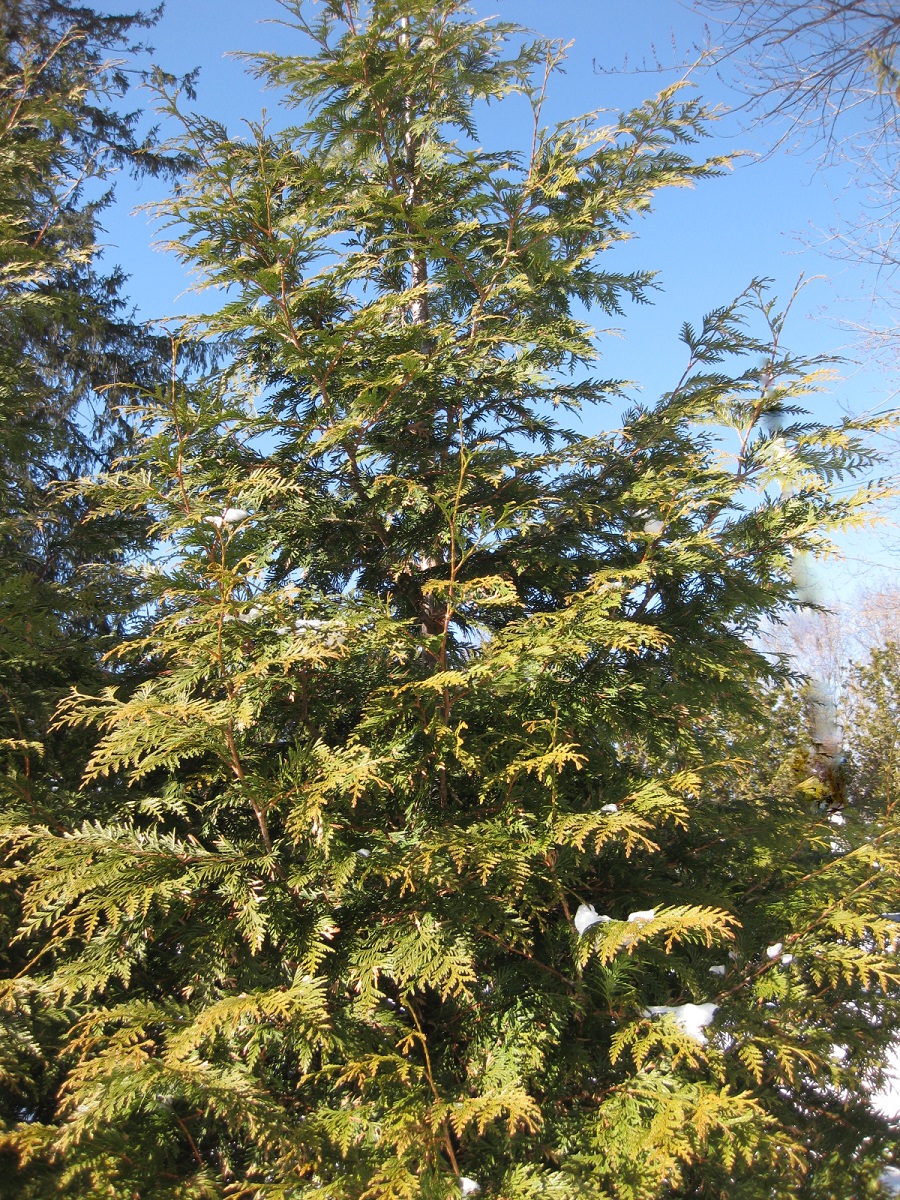 Thuja ‘Green Giant’ is a hybrid between the American native, western red cedar (Thuja plicata), and the Asian native, Japanese arborvitae (T. standishii). It was discovered in 1935 growing in a seedling bed in Denmark where they had been growing both parent species. Green Giant was introduced to the United States at the National Arboretum in 1965. Thuja ‘Green Giant’ grows faster, and is said to stay greener in winter than either parent. It is more cold hardy than the Japanese species, and more tolerant of a lethal fungus (Didymascella thujina) than the American species. In cultivation, Thuja ‘Green Giant’ is superior to most evergreen conifers.

Thuja ‘Green Giant’ is hardy in USDA Zones 5-9. That is, almost everywhere in the continental United States, except southern Florida and the northern Great Plains. Green Giant is a low maintenance tree, accepting a wide variety of soil types, tolerant of shade, rarely eaten by deer, and little bothered by disease or insect pests. It withstands strong winds, ice and snow. One potential drawback: Green Giant does not do well in salty soils or coastal areas receiving salt spray.

Green Giant performs best on moist, fertile, well-drained soils in full sun to part shade. It should not be planted in soggy soils. This is probably our fastest growing evergreen, growing as much as four feet per year, and capable of reaching up to 60’ tall and 20’ across. With lower branches that will eventually extend way out beyond the trunk, Green Giant has a tall, imposing pyramidal habit. However, it can be kept compact by regular pruning. In fact, Green Giant responds well to clipping and pruning, even to moderate shearing.

Because of its fast growth rate, Green Giant is among the best choices for a quick evergreen hedge, privacy screen, or wind and snow break. A row of Green Giants along your property line will protect more vulnerable plants and your home from damaging winds. Line the driveway with a row Green Giants to create a barrier that keeps drifting snow away. Plant Green Giants 5’-6’ feet apart for living privacy screens or snow and wind breaks. Or, plant them in two rows, 4’ apart, with the trees staggered 8’ apart in each row.

As a majestic sentinel tree, Green Giant has few equals. A pair of Green Giants on opposing sides of the yard will frame your landscape in grandiose form. In a larger yard or park, position a cluster of three Green Giants for a positively regal focal point.